STIPEND, EXPECTATIONS, AND CONDITIONS OF AWARD

We will offer a 2-week immersive seminar on Philosophy of Statistics (PhilStat) at Virginia Tech for faculty and post-docs in philosophy who wish to acquire or strengthen their background in PhilStat as it relates to philosophical problems of evidence and inference, to today’s statistical crisis of replication, and to associated evidence-policy debates. We also invite social scientists and methodology researchers interested in strengthening their philosophical scholarship in this arena. A total of 12-15 applicants will be selected. Given our goals, we anticipate approximately 2/3 will be philosophers, but we are not applying any rigid rules. We will consider up to 2 advanced Ph.D. students working on a dissertation that is directly in this area. Update (3/3/19): Please see important update in FAQ (5).

All accepted participants will receive private housing with kitchen facilities (Marriott Residence, Blacksburg) and a stipend of $1,000 (in 2 installments). See STIPENDS and [1].

Our primary goal is to strengthen Phil Stat research and teaching in Philosophy programs (by incorporating PhilStat). However, we wish also to enable statistical practitioners and researchers on methods to gain a greater understanding of the philosophical dimensions of statistical debates, as well as a facility in the conceptual and critical skills included under the umbrella of Phil Stat. Today’s debates are intertwined with philosophical terms that often remain vague, such as evidence, validity, inference, realism, reliability, rationality, explanation, induction, confirmation, and falsification. This hampers communication among various stakeholders, making it difficult to even see where they agree. Thus we also encourage interested social scientists and methodology researchers to apply.

(a) philosophy of statistics: the philosophical and conceptual foundations of statistical inference and the analysis of the uses of probability in collecting, modeling and learning from data;

(c) the philosophy and history of science, and evidence policy, insofar as these involve error-prone reasoning, whether formal or informal.

The focus of the Summer Seminar in Phil Stat
Our focus will revolve around current controversies about statistical methodology. The field of philosophy of statistics has long been marked by philosophical disagreement and controversy. Although the availability of high-powered methods has led to eclecticism and pragmatism, long-standing battles still simmer below the surface in questions about scientific trustworthiness and in the evidence policy reforms put forward by journals and professional societies. Rival conceptions of the nature of statistical inference show up unannounced in today’s problems of scientific integrity, irreproducibility, and questionable research practices. When it comes to how to restore scientific integrity, the experts do not agree. We will peel back the layers as to why.

For example, today’s statistical crisis of replication grows out of the difficulty in obtaining statistically significant results when an independent group seeks to replicate a finding using more stringent protocols and preregistration of hypotheses and data generation. However statistical significance tests are themselves steeped in the inductive-statistical controversies played out in the philosophy and history of statistics. Key notions–P-values, Type I and II error probabilities, power, confidence levels, posterior probabilities–are often confused and are interpreted in myriad ways. A jungle of thorny debates about probabilistic ontology, the nature of scientific progress, the role of probability–not to mention matters of politics–are interwoven. These issues form an important part of what we are calling PhilStat. Questions about values in science and ethics of research are also intimately entwined. Work in AI, machine learning, and causal modeling are also components of the broad area we have in mind, although we will not have time to study those topics in our summer seminar. However, participants may have projects that relate to these.

Justification
The current statistical crisis in science cries out for philosophical illumination, while offering a superb avenue for philosophers to genuinely impact scientific practice and policy. The assumptions behind today’s competing evidence reforms are largely hidden to those outside the loop of Phil Stat. This is a crucial obstacle to scrutinizing the consequences to science policy, clinical trials, personalized medicine, and across a wide landscape of Big Data modeling. Our program is intended as a first step to overcoming this obstacle. Despite technical sophistication, basic concepts of statistical testing and inference are more unsettled than ever. We aim to strengthen the role of philosophy in statistical debates as well as to enhance statistical inference in philosophical debates.

Many of the key problems in today’s evidence-policy disputes are conceptual. Philosophers of science should be involved. Likewise, by bringing philosophical acumen to the debates, practitioners and metascience researchers can cut through the unclarity we often see regarding the nature and roles of probability in inference. The deepest problems underlying the replication crisis go beyond formal statistics–into measurement, experimental design, communication of uncertainty. In addition, the importance of ethics in research and in data science is becoming increasingly recognized. Without an understanding of the basic statistics, informed by philosophical assumptions about the nature and goals of using probability in learning, it’s impossible to see where the formal and informal, value-laden issues intersect.

Participants Can Expect to:
(1) Gain the necessary background in statistical methodology and philosophical foundations of statistics in order to integrate PhilStat into their research, teaching and professional engagements.

(2) Study current debates between frequentist, Bayesian, likelihood and other methods, as they interrelate to (i) philosophical problems of evidence and inference, and to (ii) today’s debates over data methods and statistical policy.

They will also have a role in shaping a futuristic interdisciplinary field including cutting across philosophy, statistics, and science.

END_OF_DOCUMENT_TOKEN_TO_BE_REPLACED

2023 Syllabus for Philosophy of Inductive-Statistical Inference

The First 2023 Act of Stat Activist Watch: Statistics ‘for the people’ 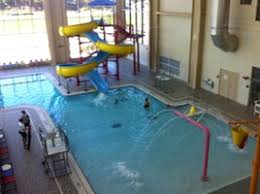